You are here: Home / Our History

Columbia Basin Allied Arts (CBAA) has provided a wide variety of nationally and internationally acclaimed arts performances and events in Central Washington’s diverse community as a non-profit 501(c)3 since 1976, with roots further back to its founding by a grant awarded to Big Bend Community College to promote shows at the college’s Wallenstien Theater. The first director was Brenda Teals, and a slew of notable community leaders has led the organization, both as its Executive Director and on its Board of Directors, ever since.

CBAA’s year consists of two performance series that consist of Premiere and Green Turtle shows, outreach events, visual arts activities, promotional and fundraising activities each year. The Green Turtle series is geared toward children and the Premiere series is diverse and family-friendly; and have been cornerstones of CBAA since its inception.

The visual arts component currently consists of a yearly mural project in collaboration with the Moses Lake Museum and Grant County Fairgrounds and the ArtBox project geared at putting easy-to-use lesson plans for educators based on Washington State k-12 arts learning standards. In 2018, we began extending our outreach beyond Grant County into Lincoln and Adams Counties, where we hope to eventually route arts performances in all public elementary schools. Our main fundraiser, Soiree, takes place in February of each year.

CBAA is led by its 10 person Board of Directors, and operated by its part-time Executive Director. Board members and volunteers help with mailings, poster distribution, operation during community events, at public shows and at the annual fundraiser. CBAA continues to be supported by Big Bend Community College. 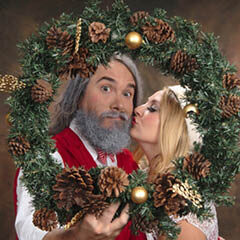 December 18, 7pm Bringing back the sounds from a by-gone era and spreading the joy of holiday music. Join us in your own home as we celebrate the holidays by music. Submit a song request or dedication with your ticket bought by Dec. 11 to have it considered for the show. BUY TICKETS TO THE LIVE STREAM and […] 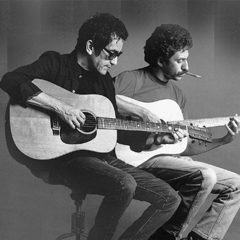